Your Guide to Choosing a Cooker Hood

What are the types of cooker hoods? What are the specifications and features you need to check before making a purchase?

Cooker hood is one of the important kitchen appliances as it extracts fumes, smells, vapor, heat, and steam from the kitchen. 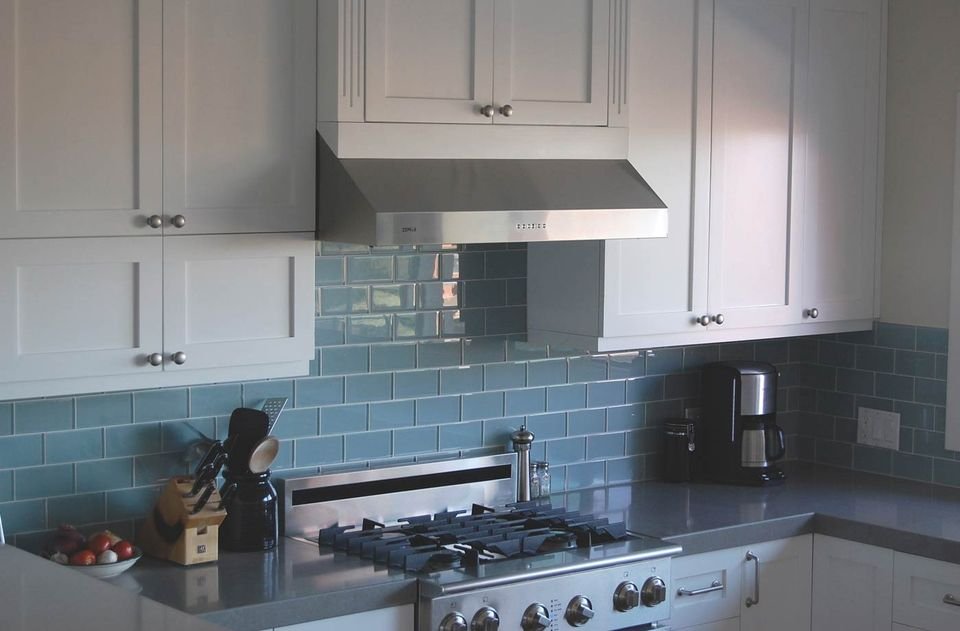 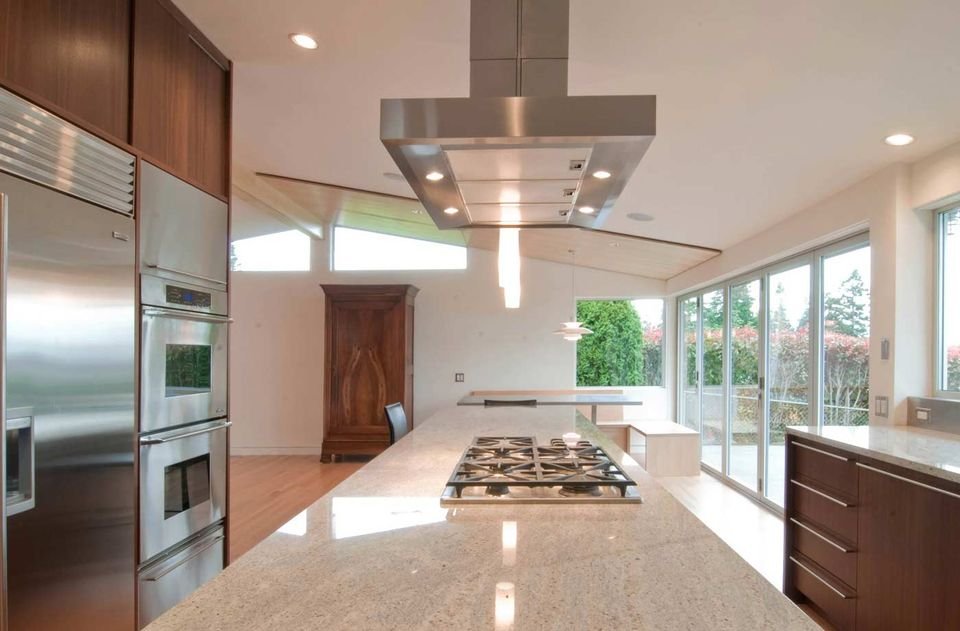 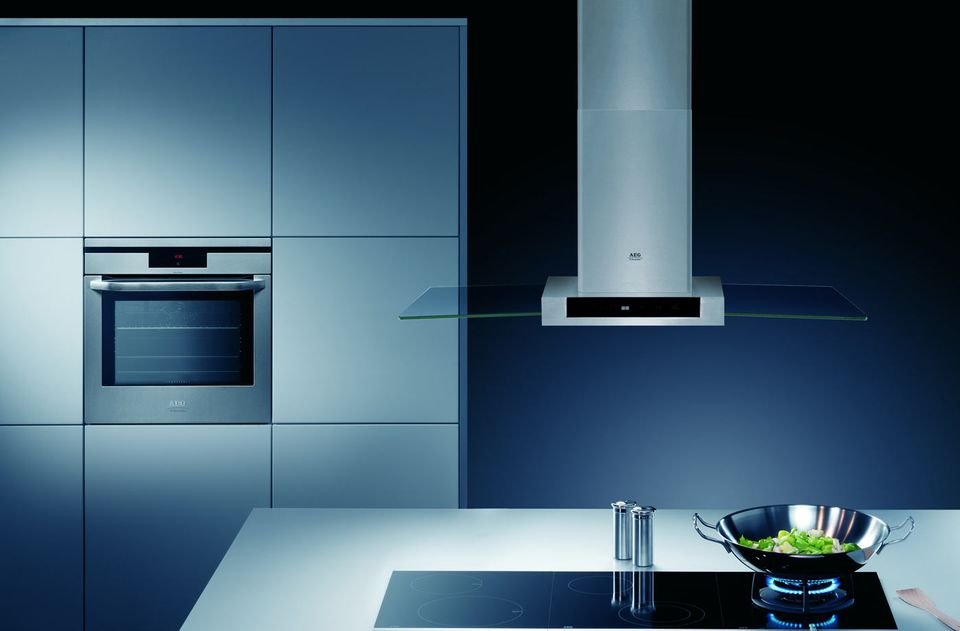 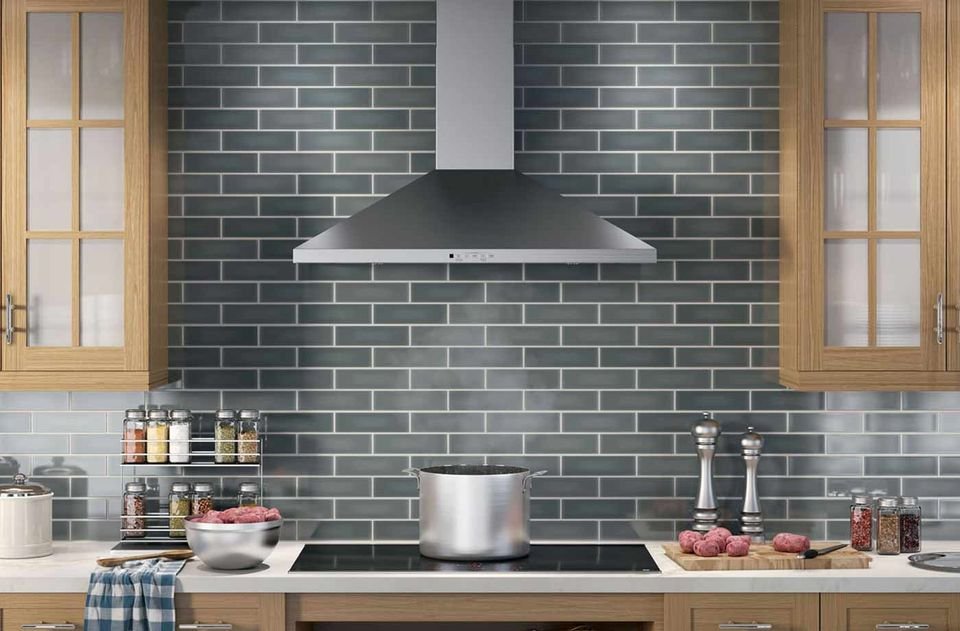 Cooker hoods have become an important kitchen tool as they extract fumes, smells, steam, vapor, and heat produced by cooking to outside the house. Choosing a suitable cooker hood is an important task since they are available in many types and different specifications!

Prior to the use of cooker hoods, extracting air from the kitchen was done by installing a small fan on the kitchen window. Once this fan is installed, it is plugged in to electricity and thus starts working by withdrawing the air and pushing it outside. However, it was not highly efficient (specifically in the kitchen) especially for people who spend long hours in the kitchen or have large families.

Some cooker hoods do not remove the fumes, vapor, and heat to the outside, but instead it puts it through built-in filters for purification and then redistributes it in the kitchen. In other words, these types of cooker hoods ‘recycle’ the extracted air.

Cooker hoods are typically made from three main elements: the first is the capture that collects the smell, fume, and heat produced by cooking, the second is a fan (can be more than one fan) that extracts the air collected in the capture (skirt) into the hood, and the third is filters to purify the air (when recycling is the case).

Generally, cooker hoods can be divided into two main categories: the first is listed under hoods that have a large tube to remove the extracted air to the outside of the house (vent hoods), while the second being the type that recycles the air and redistribute it in the kitchen (non-vented hoods).

Vented cooker hoods usually have no internal filters as opposite to non-vented cooker hoods. While using this type, the user does not have to worry about changing the filters periodically; however, it may not be suitable for everyone as it needs a large area to be installed.

We must point out that the production of cooker hoods has developed tremendously over the course of these few years. They have better designs and became more stylish! As well as being rust resistant.

Labeb.com prepared you this holistic article about cooker hoods in the market. We will introduce you to the specifications, features, and standards that you need to check before making a decision.

We will begin by listing the different types of cooker hoods as they are available in more than one type! Our advice to you is to choose the suitable type for your kitchen before checking anything else.

Ceiling hoods without ventilation tubes are installed in similar places as well (inside or underneath the kitchen cupboard on top of the stove, or on top of the stove). This type extracts the air, smells, steam, smoke, and heat produced from cooking and recycles it in the filter to be later distributed out again.

This type of cooker hoods, as the name suggests, have a pyramid shape. It has ventilation tubes that extract air, smells, smoke, steam, and heat produced by cooking and removes the air outside the house. It has similar mechanism to ceiling hoods with ventilation tubes.

This type of cooker hoods is suitable for people with large kitchens.

The name behind this type refers to the way is it installed and placed in the kitchen.

Similar to the previous two types, island hoods also are divided to two categories: one with and the other without a ventilation tube! However, this type is not hooked to the side wall (like in pyramid hoods) or inside a cupboard (like ceiling hoods), but it is hung on the ceiling directly, with the ventilation tube, or filter, is directly placed on the ceiling and the capture is in the middle of the kitchen.

This type is suitable for people who place their stove in the middle of the kitchen as they need to install the cooker head directly above it. Here we advise you to get this model if you have a center stove and because this type is the bigger and can function better (it is the most efficient type).

This type is not available yet in the Arab market, but we will mention them nonetheless! Small hoods are placed next to the cooker and they extract the air and smell produced by cooking and moves them downwards through thin pipes. Experts believe that this type is the least efficient but it suitable for people with small kitchens.

The cooker hoods listed above were the main types in the world! Now we will move on to the main specifications and features that you need to check in order to make a smart and wise decision.

Before focusing on the specifications, Labeb wants to remind you that cooker heads without ventilation tubes regardless of its shape and type needs periodic filter replacement. Some experts say that these types are less efficient than cooker hoods with a ventilation tube as they do not remove the fumes outside but recycles it. Meaning, some smells may remain as the fumes are still trapped indoors and not removed outside.

In any case, Labeb will advise you to check two main specifications before checking out extra features!

Air extractions, or air flow, can be measured in cubic feet per minute. It gives you the suction power, whether in vented or non-vented cooker hoods. The higher the average air flow, the more efficient and capable the cooker hood is.

The air extraction depends on the size and type of cooker hood. The number is provided on the box or you can ask the salesperson in the store about the best number that will suit your kitchen stove.

The cooker hoods power is measured in Cubic Feet per Minute and it is written on the box as CFM.

Depending on the area of your kitchen you can determine the extractor’s power. There is a simple equation to help you find that which is: for each 10 inches of your stove width you will need 100 CFM. In other words, if you have a 30 inch stove, then you will need a cooker head with a 300 CFM. Professional cooker hoods have a 900 CFM.

The other specification that you need to check is the fan’s speed inside the extractor. Most cooker hoods have an average fan speed of 2 to 6 speeds. There are certain types of extractors that will automatically set the fan speed without setting it manually depending on the amount of smoke and fumes produced by cooking.

Many users prefer cooker hoods with two speeds: low speed and high speed. This choice depends on the users own preference depending on how often the nature of your stove use.

Summary, to make a smart decision

After choosing the model you want, the air flow, and fan speeds, you can check some other specifications and features like rust resistance (it is almost available in all new extractors), lighting, and noise reduction.

Because the market has many different cooker hoods, you need to follow a scientific method to make a smart decision which will save you a lot of time! Remember that choosing a type is the most important step. Remember to also read the description, specifications, and features on the box. Also, measure the dimensions before going to the store and know that the average width of extractors is between 80 to 90 centimeters with varying lengths and heights.

Measure the stoves width and add between 3 to 6 inches from both sides. Meaning you will have a suitable size for your stove with an additional 6 inches divided on three sides.

If you are looking for cooker hoods for you kitchen or any other kitchen appliance, electric devices, tablets, smartphones, and computers, then all you have to do is type the product name in our search box! You will be provided with store names in addition to being able to do a comparison!

Your Guide to Toasters

Your Guide to Buying a Kitchen Mixer

Your Guide to Choosing Juicers

Best Side by Side Refrigerators in Jordan

How to Choose a Water Cooler

Your Guide to Buying a Mini Fridge

Your Guide to Blenders

Your Guide to Choosing a Freezer