What are the specifications of built-in ovens? What are the features you need to check before making a purchase? 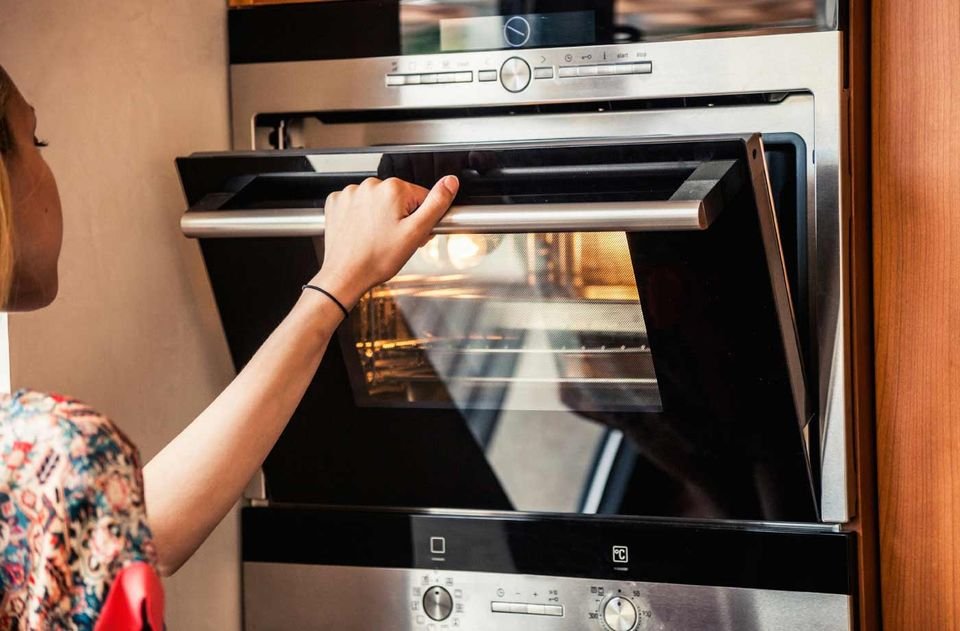 If you are looking for a built-in oven for your kitchen, then all you have to do is read this article to find what is suitable for your home!

There are many different designs and models of built-in ovens; therefore, we bring you this article to help you find the best one for you! A built-in oven is an electric oven installed in a kitchen cupboard, i.e.: it is a different thing from normal stoves!

Built-in oven became one of the necessary kitchen appliances, and since we are talking about ovens (an important kitchen appliance) you need to think and examine the product thoroughly and check all the specifications and features to ensure making the correct and smart decision.

Before listing the different specifications and features, we must point that a built-in oven is an oven powered by electricity and it is very rare to find one that is powered by gas!

Built-in oven is characterized for its fast preheating. It is highly efficient in distributing heat inside, and even though it is more expensive than normal gas stoves, it is considered a good investment for you home as it lasts for long periods.

Labeb.com will now list the designs and models of built-in ovens and then will list the important specifications you need to check. 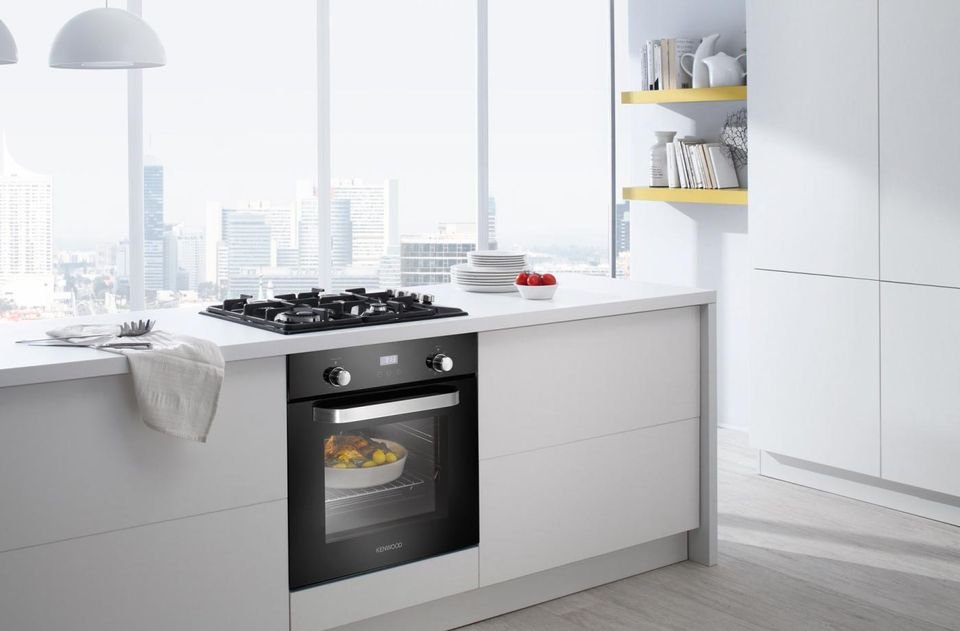 The singular built-in oven is usually cheaper than the dual built-in oven, and it is suitable for people who do not have a large space, or do not need a big oven.

The door usually opens from top to the bottom and it needs an empty space of 53 centimeters in front of it to open. There are some models that can open from right to left or vice versa! 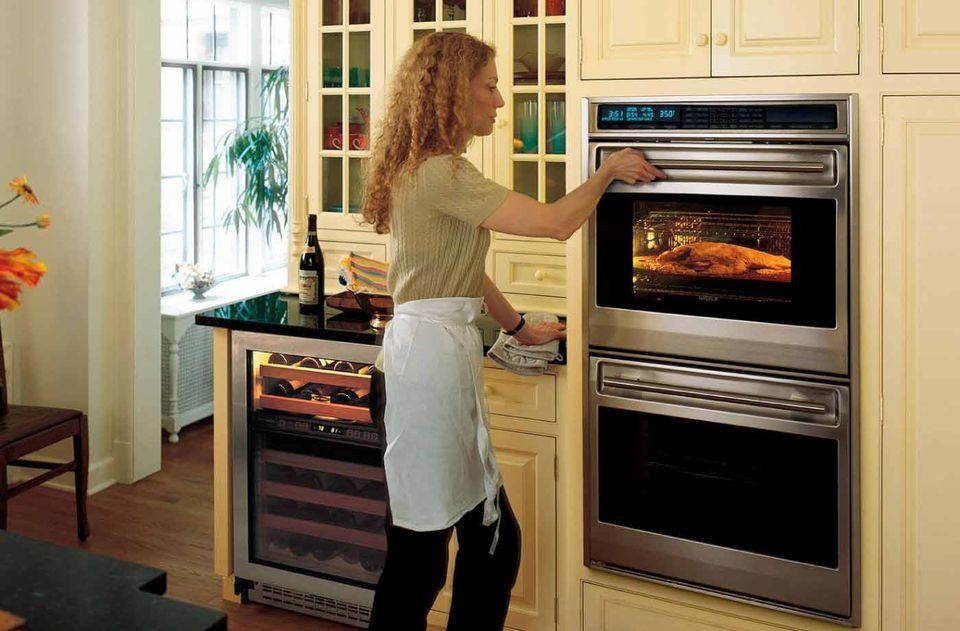 Usually dual built-in ovens are good for large families, or families who use the oven a lot!

After choosing the type you want (between singular or dual built-in ovens, we at Labeb.com advise you to check the following specifications and features:

It is important to check the built-in oven’s inner capacity or size. Most have similar sizes, but there are some brands that have different sizes.

If you have two to three family members, then a built-in oven with a capacity of 60 – 65 liters will be good.

If you have three to five family members, then a built-in oven with a capacity between 65 – 75 liters will be better. 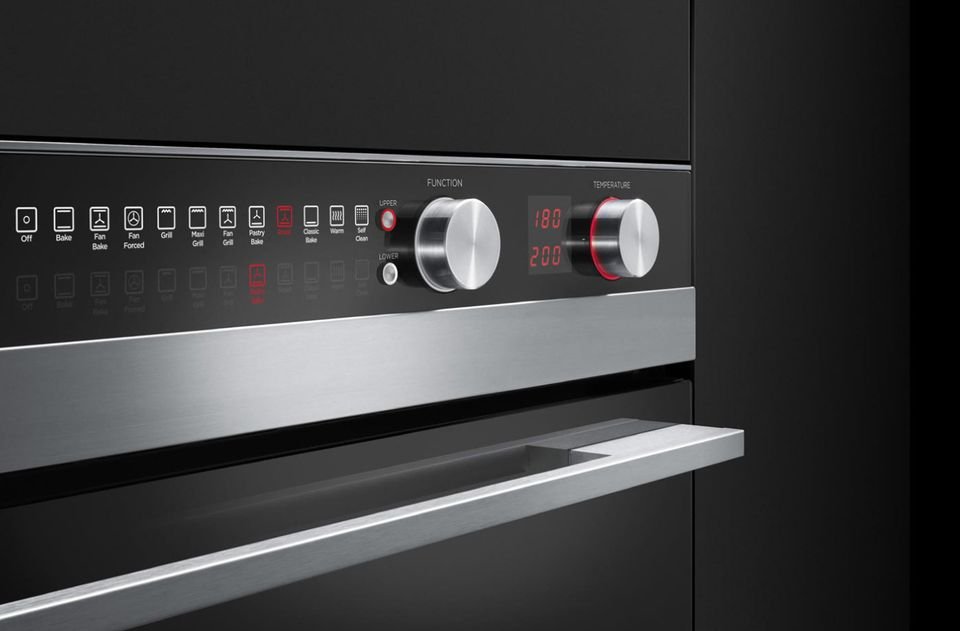 Built-in ovens differ from one another when it comes to the number of programs. Between cooking, grilling, and baking, these programs determine the heat and distribution inside the oven.

Some built-in ovens also have heating programs. As mentioned above, these programs are what differentiate between one oven and another. The number of programs also determines the price; the more the programs, the higher the price!

You need to know what you will use the built-in oven for since there are programs for cooking, grilling, and baking.

Some built-in oven also has an auto-cleaning feature. Auto-cleaning is possible because of inner pipes that can clean stains, grease, and fats that stay inside the oven after cooking and/or grilling.

Auto-cleaning (or self-cleaning) also increases its price. There are also more than one type of auto-cleaning that depends on the temperature.

This is an important feature and so you need to check if it is available. In addition to equal heat distribution, fans can also increase cooking time by 10 minutes for each hour. This is the reason behind naming built-in ovens with fans as Turbo-ovens.

There are additional features that might interest you (usually in dual built-in ovens) like adjusting the inner shelves, door lock, child lock, chicken grill, and lighting.

Some dual built-in ovens also might have features like auto-start and auto-stop where you can set the oven beforehand to start working at a certain time and stop afterwards. Some can also have a touchscreen. These features will increase the oven’s price.

For a smart and wise decision, we advise you to follow the following tips when making a purchase:

Also, make sure you measure the area you want to install the oven in so that you can buy an appropriate size. And also check whether or not an electric plug is available near the area (since it is powered by electricity).

You can search through our ovens section by clicking here and compare the products and their prices. 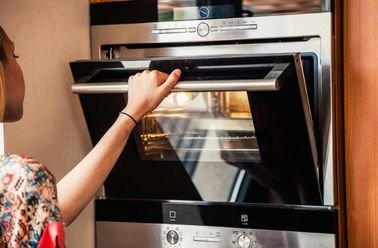