Your Guide to Buying an Attendance System

How do you choose an attendance system for your workplace? What are the types? How does there performance differ from one another?

Innosilicon A10 Pro
Shop prices Sold In one shop
5,625 SAR

With the continuous development of administration methods and employee reward systems, companies are now installing systems and electronic devices to monitor attendance. This enables managers to evaluate their employees more efficiently.

The attendance system was first created in  1990’s but they were not as widely used as they are today because of their expensive prices.

An attendance system (which is an office device) monitors the employees’ attendance through recognizing the data through different means we will list later in this article. It then records it in a database on the employee’s page on the Human Resources (HR) computer system through a special application.

It is not only restricted to monitoring the employees’ attendance, it is also seen as a security device as there are some systems that can open the company’s and offices doors. Meaning, the door will not open unless it recognizes the employee who wants to enter and so can limit the access to certain areas around the company.

Attendance systems can be divided into four main categories according to how they recognize employees. Choosing one from the following recognition methods is considered the first step to making a smart and wise decision: 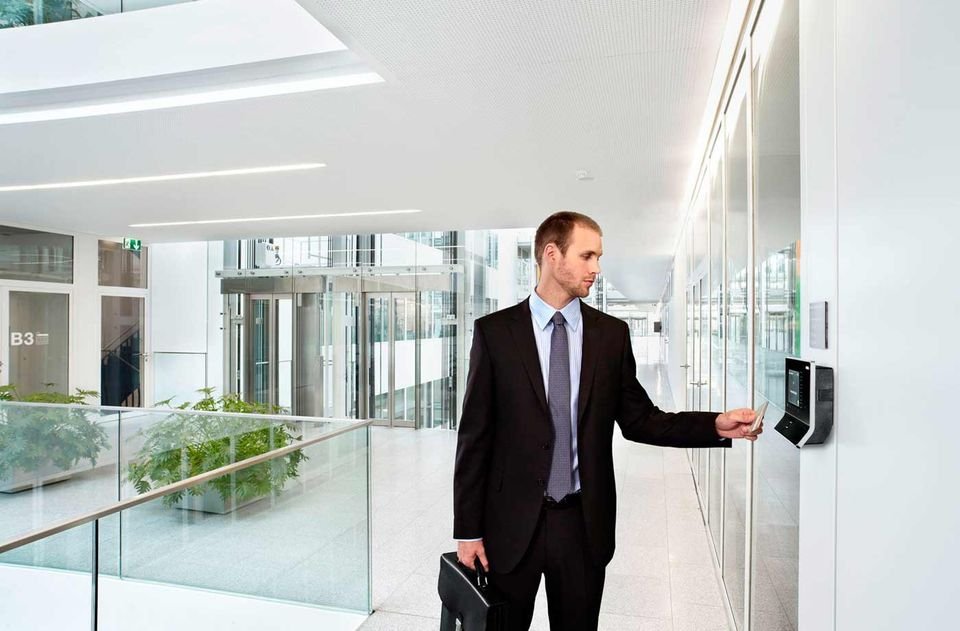 This type of attendance system recognizes the employee and records their attendance through his/her own ID card. It has a similar mechanism to ATM machines and it can be linked to opening and closing doors as well!

Some companies still use this type because of its fast performance and low damage probability (from fingerprints). Also, companies with large number of employees prefer this type for its low disease risk; because it does not operate through touch, it has a lower probability of spreading an infectious disease within the company.

On the other hand, some companies think that the ID recognition attendance system is expensive. This is because the HR department will have to issue an ID to every employee, and cancel ID’s when an employee resigns, etc… 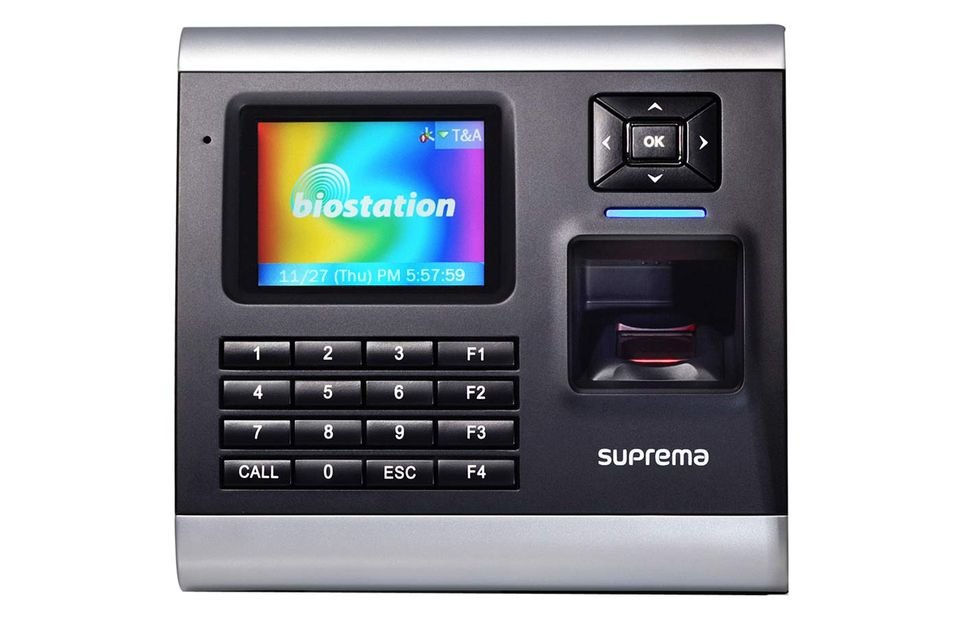 The fingerprint recognition attendance system is the most popular type and used in both the private and public sectors.

This type recognizes the employee through the fingerprint using a scanner. Note that the company needs to define the employee’s fingerprint and then connect it with the person’s online file so that it can record the correct employee’s attendance and door pass.

It is a known fact that each human being has a unique fingerprint and it is hard to manipulate the fingerprint recognition system unlike the ID recognition attendance system since an employee can give their card to another coworker to check them in before they arrive.

Fingerprint recognition systems can sometimes be used in airports and embassies, and during elections and in immigration systems in leading countries.

Even though they are widely spread, some companies do not like them as they can transmit diseases and needs continuous maintenance (especially the finger scanner).

The same technology is now being used in smartphones for further protection and security of the phone and applications. 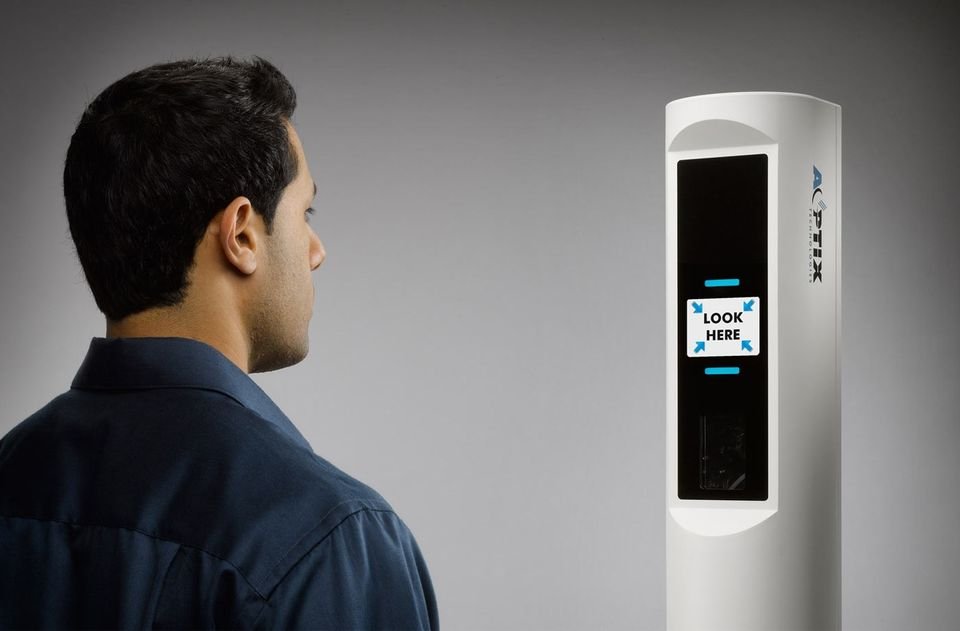 The iris recognition attendance system is the most credible type, fastest, and most secure.

The same idea is used in airports, secure military bases, border patrols, and recently in some smartphones. 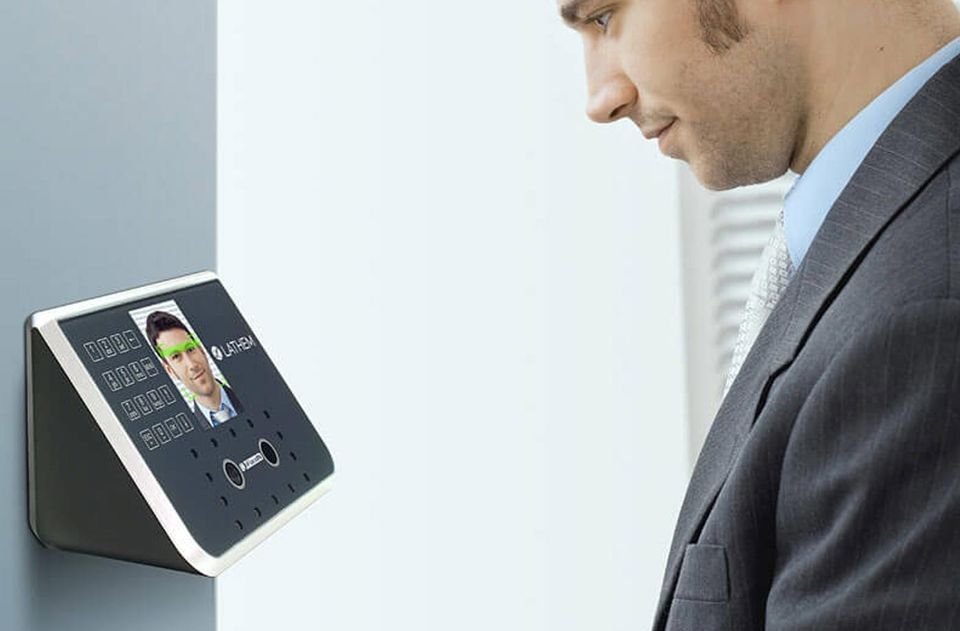 The facial recognition attendance system is gaining popularity nowadays and some smartphone manufacturing companies are using them in their phones instead of a password and fingerprint recognition. This system recognizes the face by defining the eyes, brows, face shape, and mouth.

Some attendance systems use this system but they are not as commonly used.

After choosing an attendance system type, it is important to consider some other specification that we will list below.

Companies who want to buy an attendance system must first choose a type and then check the design, size, door lock feature, imaging, and recording.

You must also check the following specifications:

The accuracy is one of the most important specification and we advise you to check the data listed under FAR and FRR on the device.

The device’s cost is considered an important factor when a company is choosing one. Labeb here advises you to check the price range and then choosing the suitable one according to the budget.

There is no doubt that the decision to buy an attendance system is the company’s choice in most of the times. Making such decisions must be studied thoroughly before making a decision.

This is what we addressed in this article and we will briefly list it again now.

At first, you need to check the type of attendance system you want and make sure of the specifications like efficiency, program, design, size, door lock feature, and other features.

Do not forget to read the information listed under FRR and FAR – which we explained above, so that it in can give you accurate readings and false entry averages.

Before making a buying decision, be smart and read reviews and criticism. Remember that you can find attendance systems, electronic devices and kitchen appliances, smartphones and tablets, and computers on Labeb.com.

Your Guide to Buying an Attendance System