Do you need earplugs that block the noise around you completely? Introducing Hush Soundproof earplugs with the newest creation. 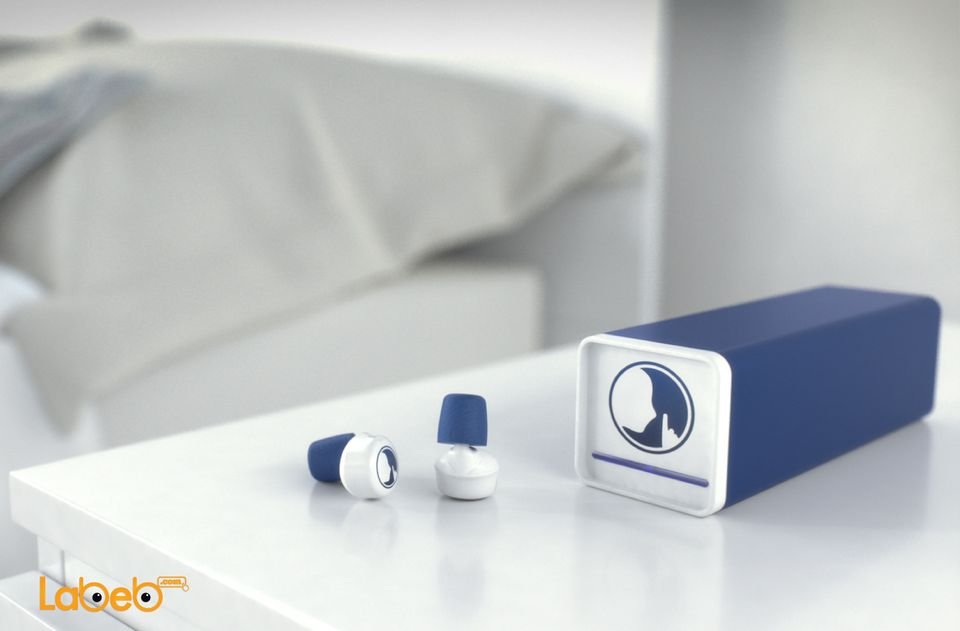 R Earphones with Remote and mic - for Android - wh...
Shop prices Sold In one shop
25 SAR

R Earphones with Remote and mic - for iphone - whi...
Shop prices Sold In one shop
25 SAR

Many people turn to using earplugs and headphones at the office, especially people who work in large offices making it harder to control employee voices, also some students use them when studying to stay focused.

Hush earplugs are very similar to regular earplugs and are described as the number one smart earplugs worldwide. The reason behind that is that it meets the needs of different people whether at work, school, or at home.

Once you wear the Hush earplugs in your ear and connect it to you smartphone, some sounds will start playing but not noisy ones, but sounds that block the noise in your environment 100% when used as a regular earplug.

We must point out that Hush Earplugs operates through an application with the similar name that has voice recordings for sleep purposes. The person can play some of these noise reduction sounds that also help in relaxing and sleeping. These earplugs have a small battery that lasts for 8 continuous hours before needing a recharge.

*Video from CNN to explain the important specifications of Hush Earplugs.

The manufacturing company states that these earplugs are suitable for people with sleeping disorders, people who are irritated by a noisy work place, and students studying in public places.

You can also set an alarm for the morning which is played through the earplugs.

Hush earplugs are considered unique devices that became popular lately, and it was created by three engineering students at the San Diego University in California, United State. The Hush name was inspired by the actual meaning of the word ‘hush’ (a word spoken by people who does not want to hear noise around them).

Hush earplugs can be powered on Android or iOS, it is also considered a revolution in the Tech world by tech experts.

The revolutionary device can select particular sounds and blocks any noise above 70db.

Reports and analysis state that the Hush earplugs are smart earplugs and not earphones making them the first of their kind. Hush can fit easily in the ear and you can select from the following sound recordings to block the noise: sea waves, tree leaves, bird chirpings, and many other nature inspired sounds. It also allows people to select the sounds they want to hear from the surrounding depending on sound waves and frequencies.

Some experts expect that this earplug will replace the regular earplugs in the future since it does the same function in addition to blocking sounds and having an alarm clock.

Many innovations are being created in the Tech World, so stay tuned to Labeb.com for the latest updates that are happening so you can make a smart buying decision.

Your Guide to Buying Headphones