Did you see the ads for Gear S2 Smartwatch? Learn about the best qualities and specifications of the Gear S2 through this article on Labeb. 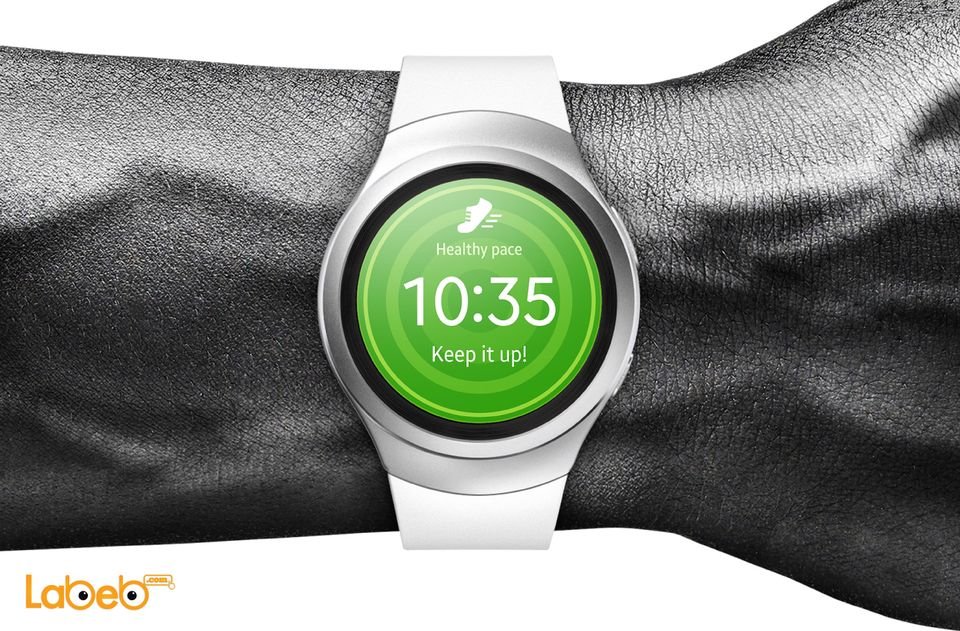 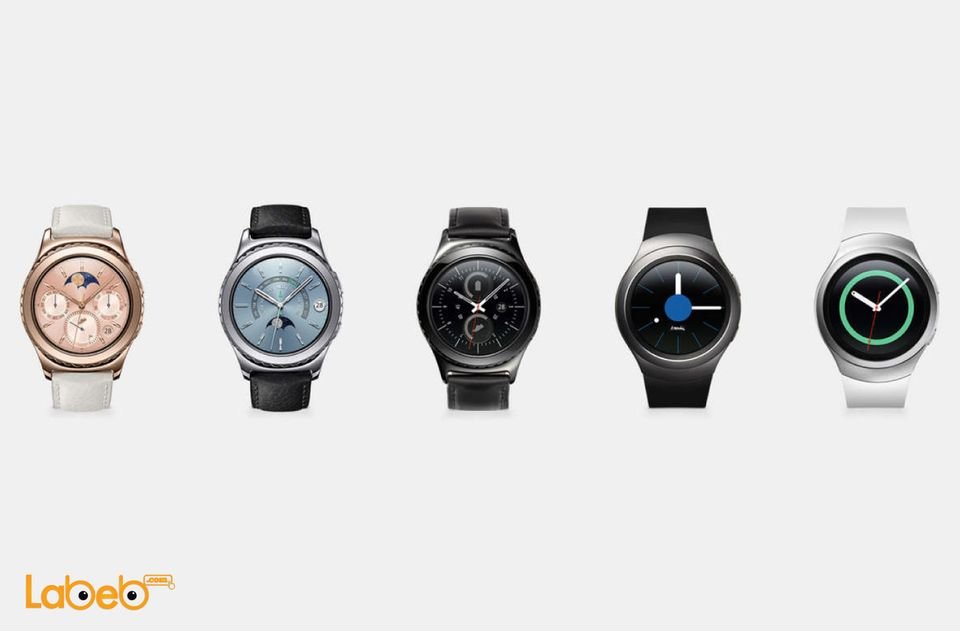 Since the technology sector is continuously developing, the traditional way is diminishing as technology is taking over. We no longer listen to the normal radio or see old products (like the 1990’s cellphones). And now the markets are witnessing a huge competition between smartwatches, will this be the end for normal wrist watches?

Only the future can tell, and not to steer away from this article, Labeb will list the specifications and features of Samsung’s Gear S2 Smartwatch through this article.

*The official video from Samsung for Samsung Gear S2

It is true that the smartwatch idea was born in the 1990’s, but it was not developed or spread except in the last few years. The smartwatch is performing many functions and tasks similar to what a smartphone would. The companies producing these watches are purposely developing applications related to health in order to add them, like heart rate measurements and analysis of other health and fitness aspects.

The Samsung Gear S2 smartwatch has a unique circular design which is similar to traditional watches, with smartphone control, ability to receive phone calls and text messages with text-to-speech, easy access to other applications like maps, managing home connected devices, health and fitness applications (footsteps, heart rate, body movements) and many others. Although we referred to some of its applications, we will begin with its design and shape, and then discuss its system specifications. The Gear S2 is available in the market as: Samsung Gear S2, Samsung Gear S2 Classic.

The Samsung Gear S2 smartwatch has a circular design. Note that Samsung is one of the first companies that designed circular smartwatches similar to the traditional ones. With an addition of a rotating outer ring around the screen which facilitates switching between applications once the ring is moved. The watch also has buttons on the side acting as a home screen button, and other purposes. 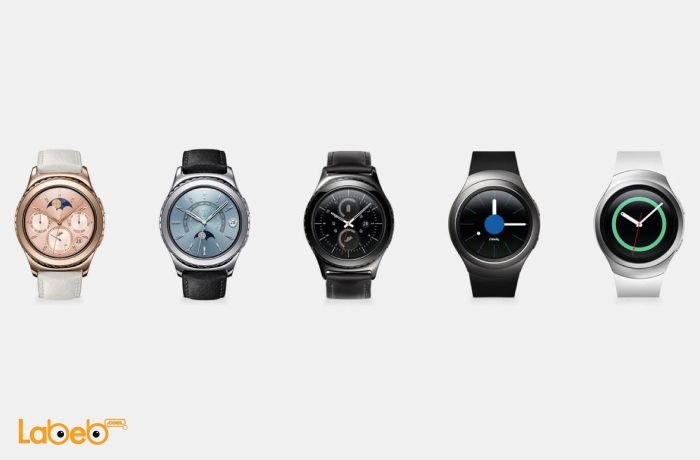 The dimensions are 13.4x44x51.8 mm weighing 51 grams and made from stainless steel. One other special thing the Samsung team was able to accomplish is the watch’s screen. It is a 1.2 inch screen with a resolution of 360x360 pixels, a touch screen, and covered in Gorilla glass (scratch and break resistant).

The Samsung Gear S2 has a dual core Qualcomm MMSM8X26 processor with a speed of 1.0 gigahertz, a 512 megabyte RAM, and a 4 gigabyte internal storage (note that it does not accept an additional memory card). As for the battery, it is non-removable 300 mAh which last up to 48 hours.

The Samsung Gear S2 is considered one of the best smartwatches for those who do not prefer the rectangular shape, and the watches have Bluetooth and Wi-Fi. And just like Samsung’s slogan for these watches, it has applications such as: weather application, heart rate measurement, playing music and answering text messages. The Samsung Gear S2 seems like the most distinct in the smartwatch market.

Samsung developed the interface so that the user can choose the type of clock hands they prefer, and a changeable strap (that can be changed into straps from other companies). According to their official website, the Gear S2 work with smartphones operating on a 4.4 Android version and above having more than 1.5 GB RAM, just like HTC, Huawei, Lenovo, LG, Motorola, Sony, and others..

Labeb.com will keep you up-to-date with the technological world. If you need more information about different electronics, ability to compare between products, or even reach stores and markets, you only have to stay in touch with Labeb.com and remember to be smart!